The new Petracer’s collection was born from a sophisticated selection of marbles and precious materials, and echoes the exuberant eclecticism of last Century’s 40s.

Drawing inspiration from great Italian architecture of the 1940s which embraced rationalism, Novecento reflects a country which reawakened after the Second World War, as though from a long slumber. A collection of rebirth, strong yet fragile, combining rigour with a desire for light-heartedness, the former palpable in the repetitive and linear patterns, whereas
the latter, timid yet determined, draws inspiration from the screen and its lightness. The marble-effect rendition brings to life an intense and profound product, for beholding, or glimpsing at, as though from behind a screen, an object which inherently reconciles a contrast: the rigid separation of spaces it imposes juxtaposed with the lightness of construction materials and the frivolity of its use. 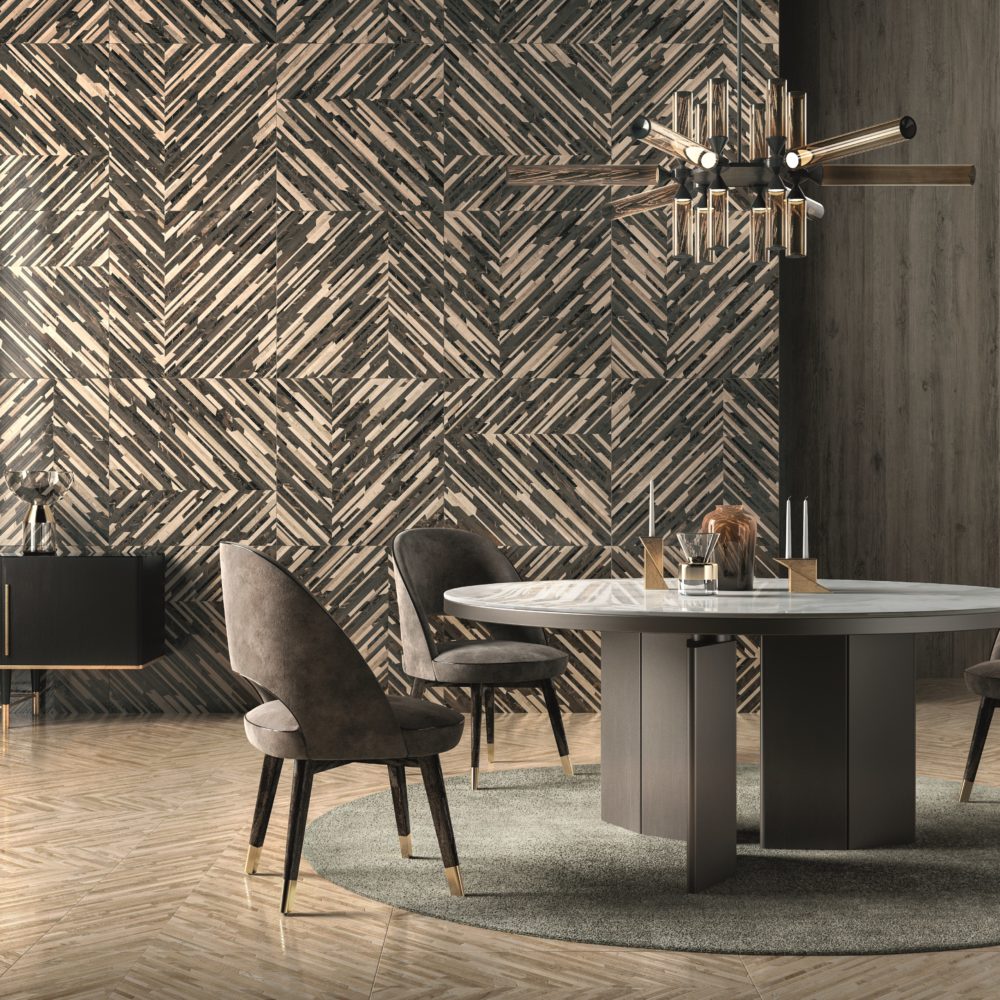 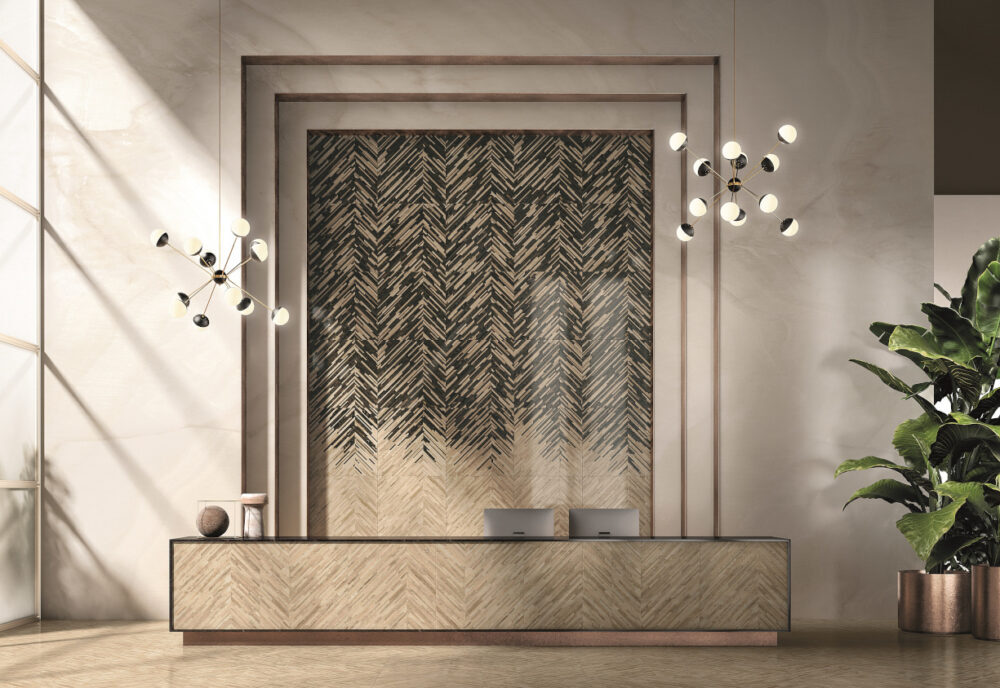 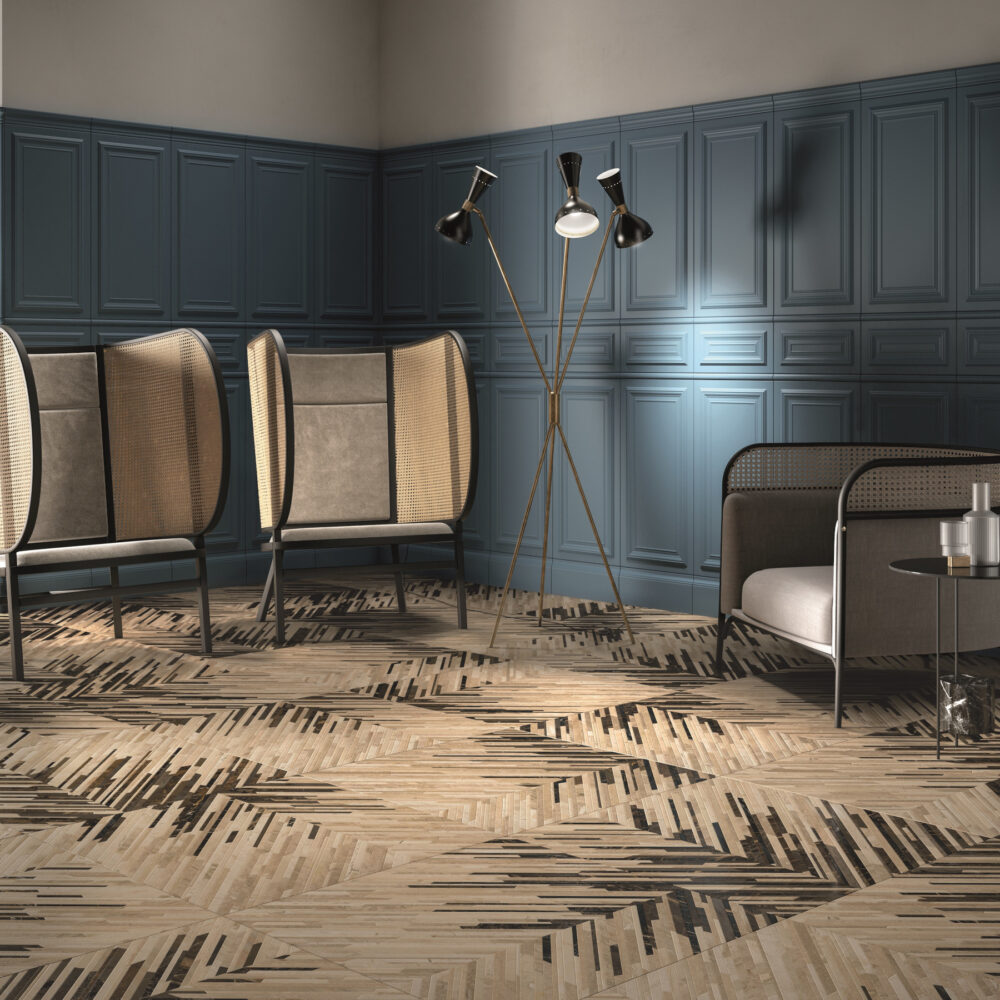 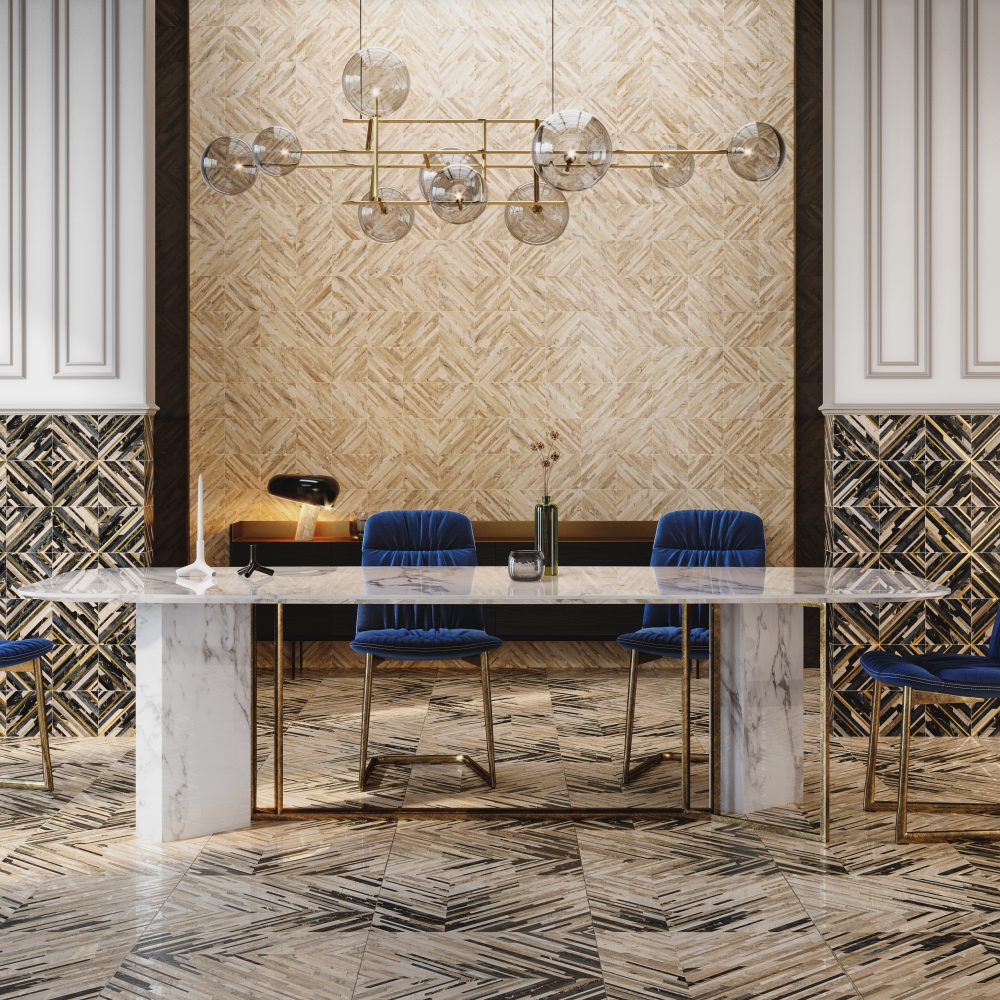